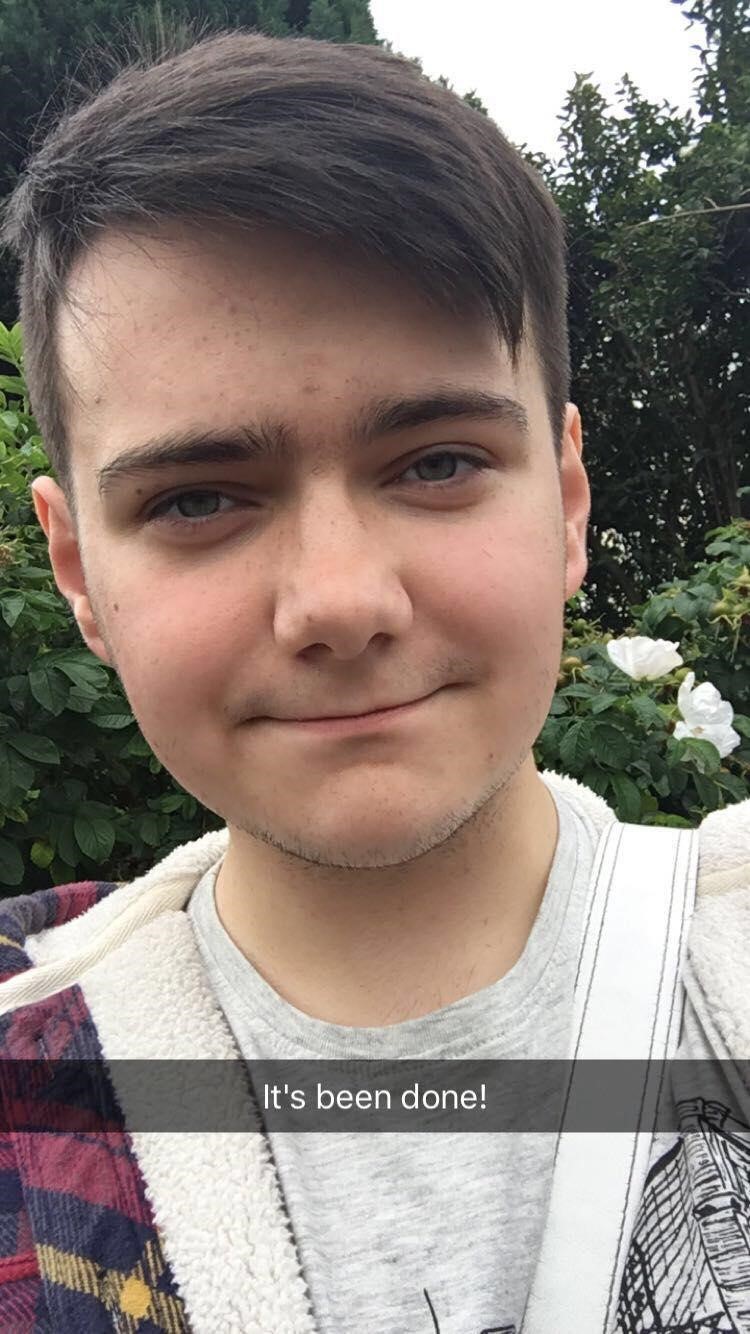 As we reach the half-way mark of our September membership campaign, Edinburgh Leisure member, Jay Gardner, shares his inspiring about how he lost 4 stone.

Jay Gardner, 21, who lives in Gorgie, has been a member of Edinburgh Leisure since July 2017. He’s currently working part-time in a petrol station and is enrolled on Musical Theatre course which has recently started.

Jay had gained a lot of weight from November 2016 to June 2017 as a result of no daily exercise as well as eating out frequently at places such as McDonalds, KFC, Pizza Hut, Frankie and Bennies and then working as a waiter at Toby Carvery, where the temptation of free meals on shift was too much to resist and with hardly any exercise he gained weight.

In the last year, Jay has lost 26kg (just over 4 stone) through taking part in various classes at Edinburgh Leisure venues as well as understanding and changing his diet. Jay’s motivation to lose weight came from striving to feel more comfortable and confident in his own skin. He noticed himself avoiding the mirror and taking fewer selfies as a result of not feeling confident about how he looked.

Jay’s loves dancing. He studied at The MGA Academy of Performing Arts on their Prevocational course in Edinburgh in 2015-2016. This meant that he towards the dance-based classes at Edinburgh Leisure such as BodyJam and Sh’bam, and then went on to explore Body Balance, Body Conditioning, Barre, and Pilates for strength and flexibility.

He attributes his success to instructors Mo Nicholson, Pamela Craigs and Egle Vaitiekunaite, who all teach Les Mills Classes at Edinburgh Leisure venues, for giving him the motivation to keep going and he particularly wants to thank Mo Nicholson for inspiring him through her passion for instructing BodyJam, Sh’bam, Body Balance and Barre.
Jay loves being part of the Body Jam family -‘The Jamily’.

Jay was born with severe Haemophilia A, an internal blood clotting disorder due to a Factor 8 deficiency and as a result, suffers from Haemophilic Arthropathy in his right ankle. However, he finds the physical activity he undertakes helps him to manage his condition, and he’s gained strength and flexibility in the joint, which he had previously lost, due to internal bleeding.

Now that Jay has lost his desired amount of weight he is starting to focus on gaining more muscle and improving his flexibility. Jay plans to keep to his current gym regime on top of his part-time job and his new college course.

Watch Jay's video on our social media channels, where he shares the success of his weight loss.