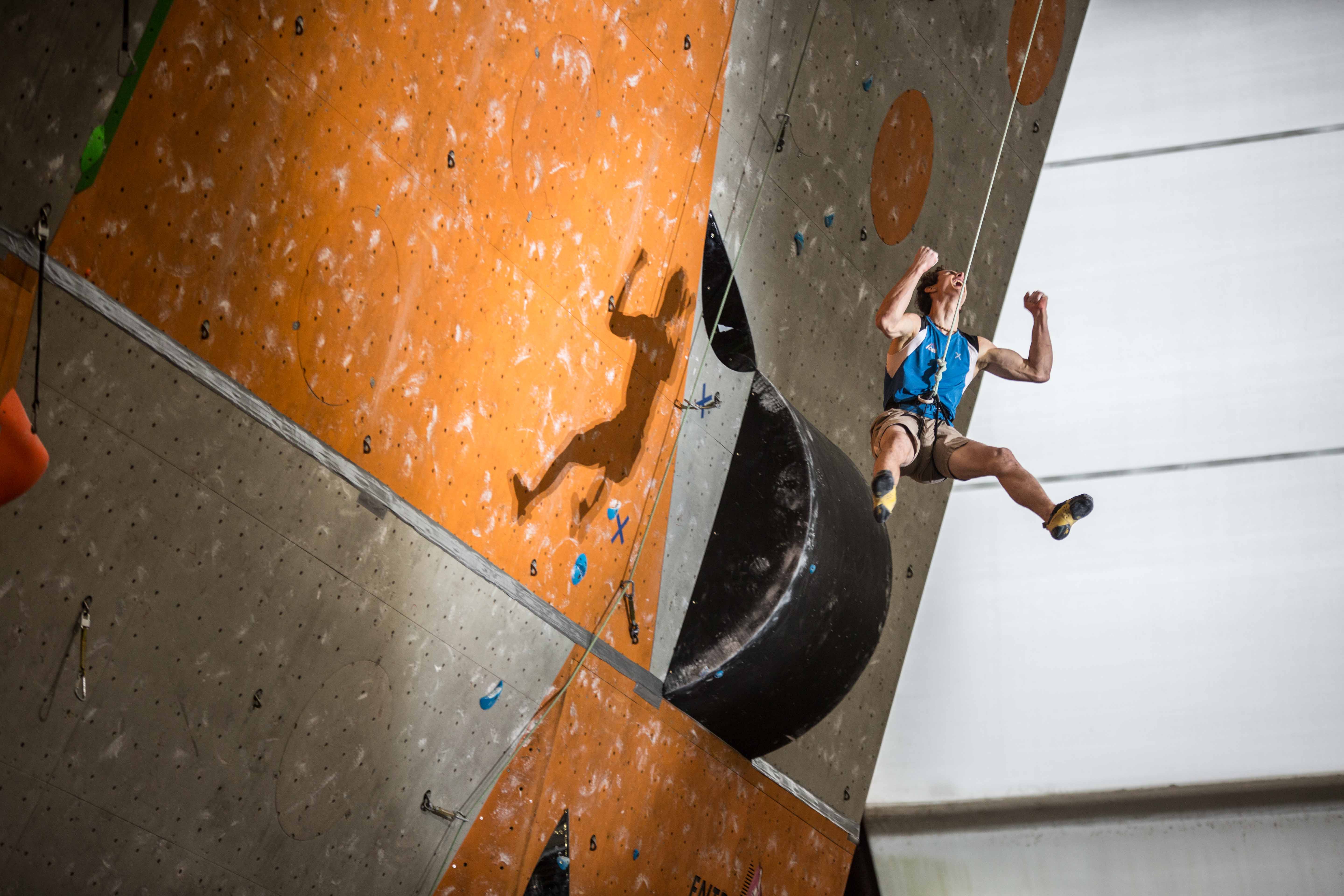 This weekend (4-6 October 2019), the Edinburgh International Climbing Arena (EICA): Ratho took centre stage as it welcomed some of the world’s leading sport climbing athletes for the IFSC European Climbing Championships 2019.

Nineteen countries were represented, with a total of 179 athletes taking part across lead and speed. The Sunday tickets for the Semi-Final and Lead Final were a sell-out.

The first podiums were presented in Speed on Saturday, 5 October. In the Men’s Speed Final, no Brits made the cut.  Vladislav Deulin of Russia took Gold, followed by Danyil Boldyrev of Ukraine who took Silver, and Dmitrii Timofeev of Russia taking Bronze. The World Record for men is 5.48 seconds, and Deulin got an amazing time of 5.633 seconds in the semi-finals.

In the Women’s Speed Final, again no GB athletes made the finals.  Aleksandra Miroslaw from Poland took Gold, followed by Mariia Krasavina of Russia taking Silver, and Anouk Jaubert of France taking Bronze. The World Record for women is 7.10 seconds, and Miroslaw times at 7.232 seconds in the semi-final.

The Lead Finals were awarded on Sunday afternoon.  Although this part of the competition wasn’t an Olympic selection event, the athletes were racking up scores for an invite to the next selection event in Toulouse.

In the Men’s Lead only one Brit, Jim Pope, made the final eight. It is the first time he had made a senior final, finishing in sixth. The Gold finally went to Adam Ondra of Czech Republic, one of the best rock climbers in history and currently training for Olympic qualification for Tokyo 2020.   Silver went to Alberto Ginés López of Spain and Bronze went to Sascha Lehmann of Switzerland.

The Women’s Lead event was won by Lucka Rakovec of Slovenia who took Gold; with Laura Rogora of Italy taking Silver; and Luce Douady of France taking Bronze.

A number of GB Climbing athletes were looking to hit those buzzers and took to the spotlight in front of a home crowd.  With the Tokyo 2020 Olympic Games just around the corner, it was the perfect international stage for these young climbers to rack up some more experience and hone their skills.

GB Climbing athletes have already been competing on the IFSC World Cup circuit around the globe and seeing some incredible results. And, with the competition coming to the UK, they were energised to give it their all and put on a show for all the local fans watching and cheering them on.

Local Edinburgh boy Will Bosi was back on home soil competing in his old stomping grounds. After making two finals already this year, he was on top form coming into the European Climbing Championships and although the holder of the current British Speed Record for Men, he didn’t make the finals. He did however make the semi-finals in the lead, missing out on a place in the final by one place. He was knocked out of the top 8 by Martin Bergant of Slovenia, who scored one move further.

Pre-injury, Molly Thompson-Smith only just missed out on making the final of the previous World Cup held in Edinburgh back in 2017. After returning to form and the international stage, Molly easily made semi-finals in the World Cup in Kranj, Slovenia, last weekend.  She put on a great show this weekend too, placing 12th in the semi-finals.

Up-and-coming Hamish McArthur placed 15th in the Lead semi-finals.   Until now, his best senior international result was last weekend at the Lead World Cup where he placed 19th. This was off the back of an incredible season competing in the Youth A category at a number of big international comps for young athletes including the Youth World Championships 2019 where Hamish won the silver medal in bouldering and placed 5th in the Lead event.

Wolfgang Wabel, IFSC European Council President, said: “Edinburgh put on a fantastic show of climbing and paraclimbing in 2017, and they have created a proud legacy at the IFSC European Championships for Lead and Speed in 2019.”

Lindsay Renwick, Head of Customer Operations at Edinburgh Leisure said: “We’re delighted that Europe’s largest climbing arena was once again able to show off our world class climbing facilities at EICA: Ratho.  A big thank-you must go to all our partners, the British Mountaineering Council, Mountaineering Scotland, the team at EICA: Ratho and Edinburgh Leisure and to the support from the City of Edinburgh Council and EventScotland, who all made this event such as success.

“The event was a great family day out and a great opportunity to inspire our next generation of young climbers as well as helping to raise the profile of the sport nationally before it debuts at the Tokyo 2020 Olympics.”

The event was organised by EICA: Ratho, in conjunction with the British Mountaineering Council, Mountaineering Scotland and with support from Edinburgh Leisure, City of Edinburgh Council and EventScotland, part of VisitScotland’s Events Directorate.

For the full lead and speed results, please click here.